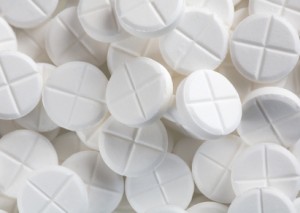 Drug licit and illicit accounting for both street (illicit) drugs and prescriptions drugs, make up literally hundreds of drugs in existence that are mind-altering.

There are tomes of materials going over all of these different drugs, some very technical biochemical writings and others teaching innocent public how to use these chemicals to elicit wanted mental effects.  There is more money being made in the sale of drugs than in any other category of sales on the planet.  There are over 23 million people pin the United States alone that are addicted what are these substances.  This site will give you an overview, written by a biochemist, so that you can have some of your questions answered and will lead you to more specific sites for further details.

Psychoactive Drugs licit and illicit are abused to cause a difference in feelings, also called mind-altering drugs, are divided into these categories: The Primary Drugs Of Abuse

1. Depressants…This classification of drugs in subdivided into two other categories, barbiturates and benzodiazepines, with most of these drugs coming from pharmaceutical companies and are usually licit drugs until they are sold to those to whom they are not prescribed and then they fit in the category of illicit drugs.

These drugs are used to slow the nervous system, which slows down all of the  physiological systems in the body.  The nerves provide the impulses to stimulate the glands that provide the chemical base to produce energy, or to increase the metabolism.  These drugs repress those systems and are, therefore, dangerous since they can slow the metabolism too much, causing death, or the body can become accustomed to their affects and when the drug is removed, the body goes into shock, which is sometimes life-threatening.

This category of drugs are abused by those who have anxiety and sleeplessness and even though they may have a medical reason for needing help, these drugs are so strong that there is few differences in taking these for medical reasons and jut abusing drugs.

The most commonly prescribed drug in this category is xanax.  These drugs are very addicting, but the good news is that there are natural remedies to replace the need for these drugs.  The natural remedies are as powerful, but lead to a stable outcome.

2. Stimulants.. These drugs are are opposite of depressants.  They speed up all of the nervous system causing the metabolism to increase, leading to hyperactivity and sleeplessness.  Over use of these drugs cause psychotic symptoms and many of the violent crimes are committed  under the influence of these drugs.  Some professionals say that these drugs are not addicting, but they have a strange definition of addiction since many people try methamphetamines once, and state that they were addicted from that time forward.  Because meth can be made in one’s home, this category of drugs provide black-market money for many in the U.S. who will sell to anyone.

These drug have the impression of enhancing sexual experiences, which makes drug addiction help even harder.  Very few takes these drugs without quickly moving into drug abuse and very few doctors will write prescriptions for these types as drugs as well,

3. Inhalants are drugs such as glue, gasoline and paint and have no medical use.  These are a drug abuse choice of adolescents.  These drugs are not a major drug addiction problem since most of them are confined to small numbers of users, but they are very deadly and cause brain damage that is irrevocable.  We find that these drugs are mostly used by adolescents and others that are experimenting with different drugs licit and illicit and have very little control over their impulsive drives to get ‘high”.

4. Narcotics is a generic terms that includes all opiate painkillers, cocaine and its crack derivative.  Opiate pain killers are highest drug abuse and addiction of any of these categories of drugs licit and illicit.

The FDA passed regulations on July 09, 2012 stating that the problem had become so dire that they are now requiring all physicians to educate their patients on the drug addiction potential of these highly prescribed drugs.  (One wonders why it took the FDA to spearhead physician to taking responsibility.  They all know how addicting these drugs can be, but they also know that no other “medication” will bring in the income that comes from pain patients.

Under the heading of drugs licit and illicit, hallucinogens are all illicit.  They are divided into three other classes, psychedelics, dissociatives, and deliriants. (These links are from Wikipedia).

These drugs cause changes in one’s perceptions, thoughts, consciousness and emotions.  they disrupt the normal functions and chemistry of the brain and cause communication problems, changes in how one responds to others, the inability of a person to be in present-time, but instead may feel that memories from the past are actually being part of the present-time activities.

These drugs have been used by accent cultures as medicines because they have a profound effect on ones memory after taking the drugs and change their perceptions long after they are to have been metabolized.  Psilocybin, LSD and mescaline are known as classical hallucinogens.

Getting Help For Drugs