How to find an effective drug rehab for heroin 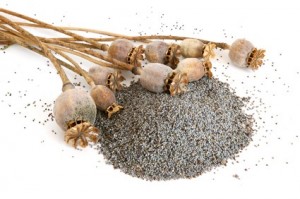 Heroin effects are highly euphoric and releive one of physical and psychological pain and is therefore a highly addictive drug and its use is a serious problem in America. Recent studies suggest a shift from injecting heroin to snorting or smoking because of increased purity and the misconception that these forms of use will not lead to addiction. The heroin effects for addiction are the same no matter the route of administration.  Anyone that is addicted to heroin will need help with the physical and emotional pain of withdrawal. Rehab Drug.net can help you whether you are looking for out-patient or residential drug treatment. Call 1-888-781-7060 to learn more about heroin addiction and to find effective drug programs that can take this “monkey off your back”.

Heroin is processed from morphine, a naturally occurring substance extracted from the seedpod of the Asian poppy plant. Heroin usually appears as a white or brown powder. Street names for heroin include “smack,” “H,” “skag,” and “junk.” Other names may refer to types of heroin produced in a specific geographical area, such as “Mexican black tar.”

The short-term effects of heroin abuse appear soon after a single dose and disappear in a few hours. After an injection of heroin, the user reports feeling a surge of euphoria (“rush”) accompanied by a warm flushing of the skin, a dry mouth, and heavy extremities. Following this initial euphoria, the user goes “on the nod,” an alternately wakeful and drowsy state. Mental functioning becomes clouded due to the depression of the central nervous system. Long-term effects of heroin appear after repeated use for some period of time. Chronic users may develop collapsed veins, infection of the heart lining and valves, abscesses, cellulitis, and liver disease. Pulmonary complications, including various types of pneumonia, may result from the poor health condition of the abuser, as well as from heroin’s depressing effects on respiration.

In addition to heroin effects itself, street heroin may have additives that do not readily dissolve and result in clogging the blood vessels that lead to the lungs, liver, kidneys, or brain. This can cause infection or even death of small patches of cells in vital organs.

Reports from SAMHSA’s 1995 Drug Abuse Warning Network (DAWN), which collects data on drug-related hospital emergency room episodes and drug-related deaths from 21 metropolitan areas, rank heroin second as the most frequently mentioned drug in overall drug-related deaths. From 1990 through 1995, the number of heroin-related episodes doubled. Between 1994 and 1995, there was a 19 percent increase in heroin-related emergency department episodes. Tolerance, Addiction, and Withdrawal.

With regular heroin use, tolerance develops. This means the abuser must use more heroin to achieve the same intensity or effect. As higher doses are used over time, physical dependence and addiction develop. With physical dependence, the body has adapted to the presence of the drug and withdrawal symptoms may occur if use is reduced or stopped.

Withdrawal, which in regular abusers may occur as early as a few hours after the last administration, produces drug craving, restlessness, muscle and bone pain, insomnia, diarrhea and vomiting, cold flashes with goose bumps (“cold turkey”), kicking movements (“kicking the habit”), and other symptoms. Major withdrawal symptoms peak between 48 and 72 hours after the last dose and subside after about a week. Sudden withdrawal by heavily dependent users who are in poor health is occasionally fatal, although heroin withdrawal is considered much less dangerous than alcohol or barbiturate withdrawal.

According to the 1999 MTF, rates of heroin use remained relatively stable and low since the late 1970s. After 1991, however, use began to rise among 10th- and 12th-graders, and after 1993, among 8th-graders. In 1999, prevalence of heroin use was comparable for all three grade levels. Although past year prevalence rates for heroin use remained relatively low in 1999, these rates are about two to three times higher than those reported in 1991..

Heroin Use by Students, 1999:
Monitoring the Future Study