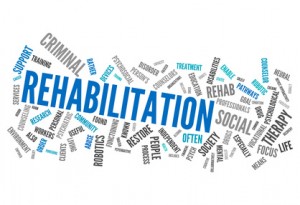 The following is a definition according to the White House Office on Drug Control Policy of Short-Term Drug Rehab:

“Short-Term Residential Programs provide intensive but relatively brief residential treatment based on a modified 12-step approach. These programs were originally designed to treat alcohol problems, but during the cocaine epidemic of the mid-1980’s, many began to treat illicit drug abuse and addiction. The original residential treatment model consisted of a 3 to 6 week hospital-based inpatient treatment phase followed by extended outpatient therapy and participation in a self-help group, such as Alcoholics Anonymous. Reduced health care coverage for substance abuse treatment has resulted in a diminished number of these programs, and the average length of stay under managed care review is much shorter than in early programs.”

All of the above is true, but it certainly doesn’t tell you the entire story of short-term drug rehab. First of all, insurance companies and their managed care have reduced the length of stay in residential treatment facilities to one week at a time and sometimes only one day at a time, and it is also true that the total numbers of short-term treatment centers has fallen. But, if you were to go on the web and look for alcohol treatment or drug rehab, you would find that most of the referral people you would speak to are recommending short-term drug rehab.

We had a call from a new center in Virginia that wanted our endorsement and, mostly our referrals, to their 30-day rehab program that cost $1,500/day or $45,000 for the month. When asked what types of treatment they were providing, we were told that it was a combination of “Heart, Mind, and Spirit”.

Great! That tells us everything we needed to know…this program is designed to help on an individual basis only and that individual is the owner of the program and not the clients. We have learned through the years that there are many rehab programs that are “cookie-cutter” duplicates of the original “Care Units” or “Charter Hospitals” which were an attempt to get as much insurance money as possible and to make the programs just meaningful enough to ensure that the person would ride out his allowed number of insurance covered days allowed. (This was before managed care)

The outcomes from these types of programs for a period of one year post graduation was under 5% success. That is about the same number of people that get well or off of drugs on their own without treatment.

One thing you must know before you decide on a rehab center or treatment program, and that is the fact that it is very difficult to detox anyone who is on any types of drugs in less than six weeks and one of the reasons that these programs fail so miserably is because they are trying to educate someone that is still toxic from their years of drug use.

On a serious note, the damage that these short-term treatment programs did to hurt the image of alcohol and drug treatment is immeasurable. These programs set up the attitudes that alcoholics and drug addicts are incurrable and that they are not cut from the same fabric as the rest of us “good” people.

Don’t consider any program that fits under the classic Short-Term Drug Rehab model.

If you are looking for data about longterm drug rehab, this site will be useful:  Longterm Drug Rehab.com